I’ve been back in the world of writing and illustrating children’s books. This time I was to learn about Antarctica’s frozen secrets. A time machine would have helped – but at least we have a fossil record to imagine lost worlds and extinct creatures. In Antarctica, many fossils are buried under ice, with the exception of a few regions, including the peninsula and sub-Antarctic Islands. However, there are a growing number of exciting palaeontological discoveries, from diatoms and dinosaurs to penguins and plesiosaurs.  My book, Locked in Ice, was to recreate lost eras of Antarctica using augmented reality as a time lens. 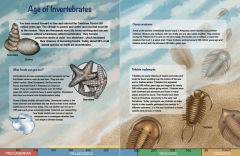 The book was to be part of my master’s thesis – an exploratory study to the use of augmented reality (AR) as an educational resource. It’s still in its infancy – the technology is not quite yet for educators and learners to use with ease. But it will grow, given the research and money being invested into AR and VR (virtual reality). We live in a digital world after all; technology has transformed the way we live, interact and communicate.

So what is augmented reality? Otherwise referred to AR, it superimposes graphic content onto a real view of the world, shaping the way we perceive and interpret information. It is an emerging technology that could benefit learning experiences, through integrating real and virtual worlds. Both AR and VR are immersive and interactive in nature. The defining difference is the user experience. VR transports the user into another world with the assistance of a head mounted device, whereas AR supplements graphic content viewed on a digital device situated in the real world. 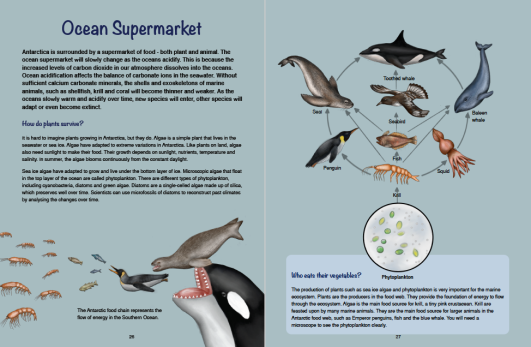 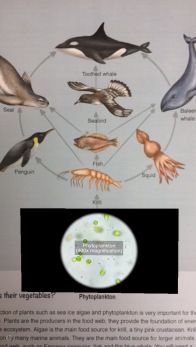 Neuroscientist, Beau Lotto once quoted “The best technologies make the invisible visible”. That is precisely what AR does. It works a real treat in subjects like science, enabling the user to see invisible energies such as magnetic fields and wind flow. It also enables the user to perceive and interact with digital media in a natural and intuitive way. Augmented information is triggered either through the use of markers such as image recognition or QR codes, or with GPS technology, which offers an attractive advantage in public spaces and outdoor environments. AR books are digital 3D books, with the characters or objects coming alive as interactive 3D models, film and animation. It creates ‘interactive print’ and has also been used in newspapers, magazines, posters and textbooks.

The aim of my book, Locked in Ice, was to communicate the geological and climate science of Antarctica. It’s been extreme – from tropical paradise to polar ice as the continent has moved and climates have changed over millions of years. It’s hard to imagine forests growing in Antarctica, and dinosaurs roaming about. But it did happen, evident by the fossil record. 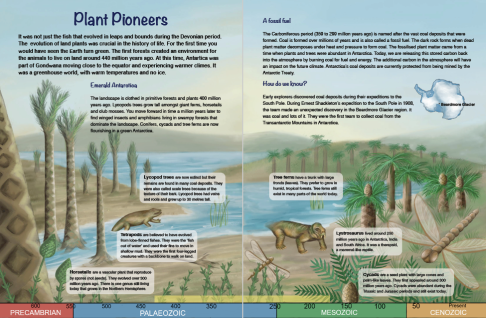 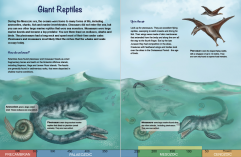 AR acts as a lens to augment fossils and to bring to life prehistoric creatures and lost landscapes as film, animation and 3D models. In many respects, I was creating sedimentary layers of art with augmented reality technology. Not only did it take time to research and write, but also to illustrate. Fortunately, I had Ged Lituanas to draw the 3D models of the colossus penguin, Palaeeudyptes klekowskii and theropod dinosaur, Cryolophosaurus ellioti. 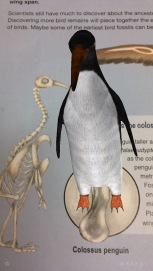 I was challenged with blending stories with AR to create new forms of interaction and captivation. Although AR has been labelled as a gimmick – further technological advancements will hopefully produce a credible stream of content to engage immersive learning experiences. Costs, usability and authoring tools may be barriers for now, but AR offers opportunities for collaborative design experiences and 3D storytelling in both producing and using AR.

The future of AR may not lie wholeheartedly with books, but beyond the classroom as the world becomes our user interface. Virtual classrooms and AR holographic projections are on the horizon, with future potential for AR to be linked with artificial intelligence. For now, AR is creating new environments in a state of play. Virtual layers of information will continue to transform our vision of the world, and enhance the way we interact with science and technology.