When art and science meet. It’s a story that is very familiar to Julius Csotonyi, having started his academic career in science before paving a successful career as a natural history and palaeo-artist. Julius lives and works in Canada and has had no formal art training. Instead, he followed his academic studies in science, completing degrees in Ecology and Environmental Biology, and later a PhD in microbiology with a number of published research papers to his name. As a child, he liked to draw and paint and his science-art journey was further rekindled during his tertiary studies. Julius began creating illustrations of ancient creatures and landscapes, which were published in Prehistoric Times. Today, his artwork has been published in many books and exhibited in museum displays around the world. I’ve been in awe of seeing Julius Csotonyi’s work and to have the opportunity to speak with him in person was even more special. 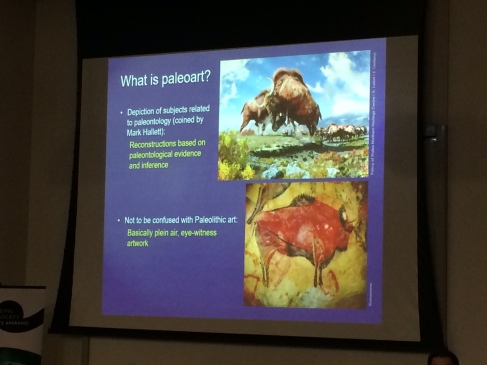 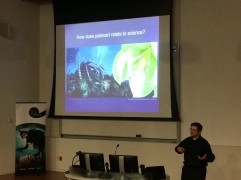 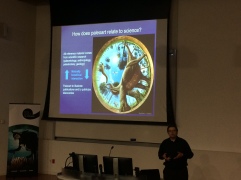 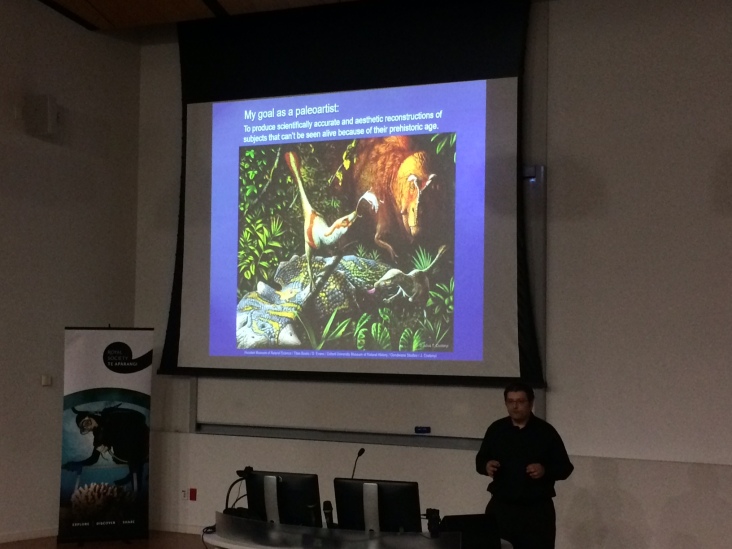 Julius is passionate about promoting science to the public, an interest that has evolved from a scientific research background to scientific illustration. His goal is “To produce scientifically accurate and aesthetic reconstructions of subjects that can’t be seen alive because of their prehistoric age”. He seeks a number of science engagement channels; including press releases, outreach science education, and museum exhibits. He has also taken part in live art performances at museums for institutional fundraising. Another growing passion of his is to support book projects with an emphasis on children’s literature, in particular for education and conservation. Julius acknowledges that authors have a strong conservation message in their writing and books are a powerful medium to influence young people. Julius engages with scientific illustration for children’s books, a field that resonated with my own interests in palaeoart. 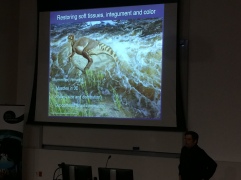 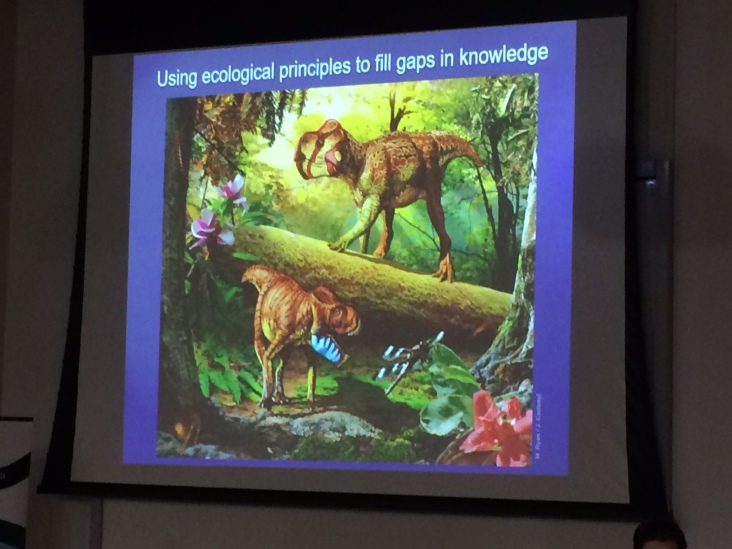 Julius devoted attention to the challenges within the field of palaeoart – how to interpret scientific findings seen in fossils, mummifications and other traces of evidence. Appling ecological knowledge also helps fill in the gaps of knowledge. One of the advantages with digital illustration is to gradually build up the layers and edit as necessary – particularly as new scientific findings arise.

Today, Julius work merges a number of techniques including photography, traditional and digital painting to recreate lost worlds. For traditional painting he works with a range of media, including coloured pencil, watercolour and acrylic paint. For photographic compositions he blends photographs he has taken from around the world and adds texture mapping, highlights and shadows to produce photo-realistic past environments. The process appeared time consuming with much patience needed. His third technique is digital painting using a tablet and stylus. He confessed this was his favourite option, since digital painting allows the option to edit as needed.

Julius’s work has been published with the National Geographic Magazine and Scholastic Inc. and exhibited in museums, including Royal Ontario Museum, Houston Museum of Natural Science, Tyrrell Museum and Natural History Museum of Los Angeles County. He has recently published a book ‘The Paleoart of Julius Csotonyi: Dinosaurs Sabre-Tooths and Beyond’, showcasing many pieces of his artwork. He acknowledges that digital technologies are influential and experimenting with 3D art may soon be on the horizon. I can’t wait to see where art, science and technology take him next. 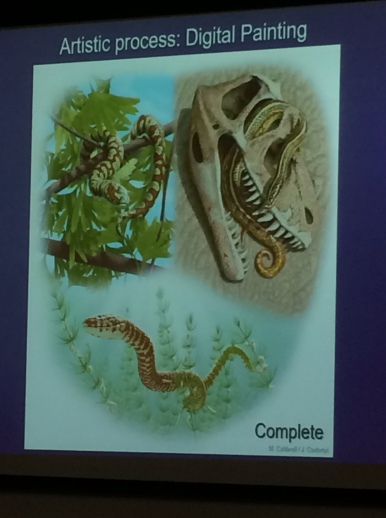