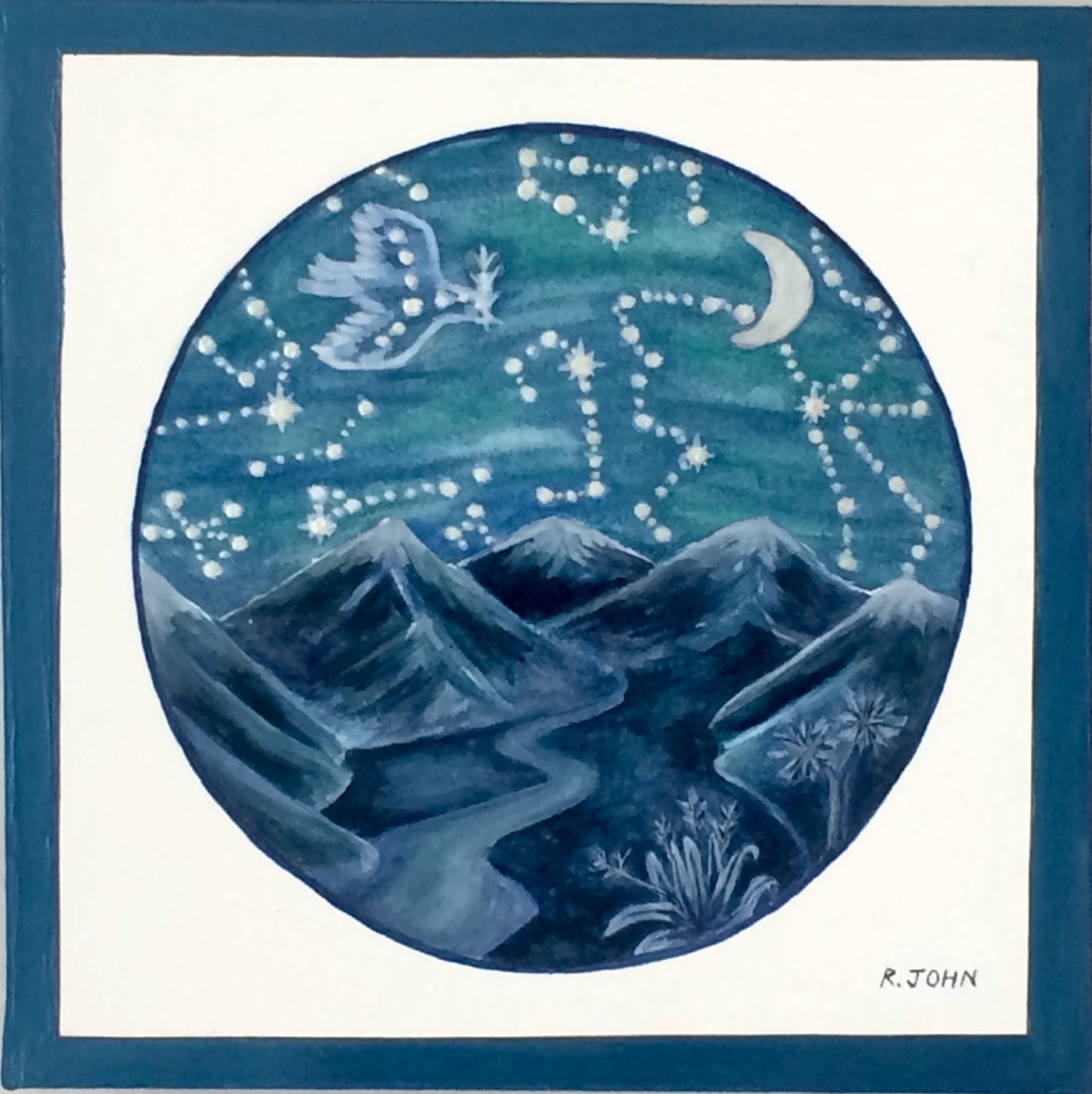 As I wrapped up my time at Space Place, Carter Observatory I reflected on all those starry skies I had viewed in the planetarium. Just how many imaginations I had inspired to look for creatures big and small roaming our nighttime sky. Today, the International Astronomical Union (IAU) refers to 88 official star constellations celebrating many myths and legends, over half of them derived from the ancient Greeks. We don’t see all these constellations from New Zealand’s location, nor do we see all these constellations consistently throughout the year as the Earth orbits around the Sun. In New Zealand, the Southern Cross is one constellation always seen twinkling in the sky throughout the year. Its iconic – after all it’s represented on New Zealand’s flag as I’d had fun reminding students through my education worksheets shown below. 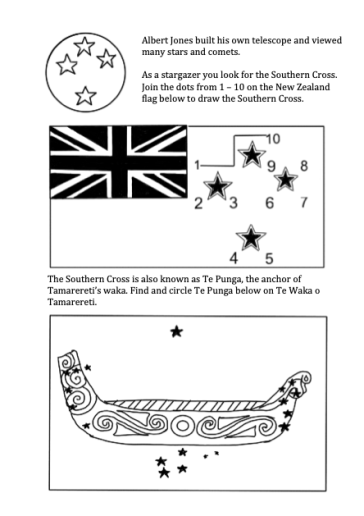 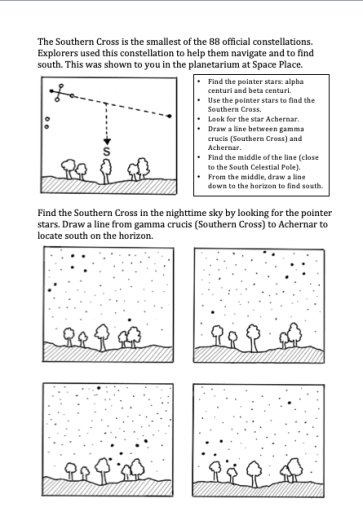 The Southern Cross may be smallest of the 88 official constellations, however its legacy is remembered by early explorers as a form of navigation to find south. And so it became my all-time favourite in the planetarium to challenge my audience to locate the pointer stars to find the Southern Cross. It wasn’t always easy as there are many false crosses to tease the eyes. Once the Southern Cross was located an invisible line was drawn towards the star Achernar; the centre of this line then indicated south if the eye-line dropped straight down towards the horizon. 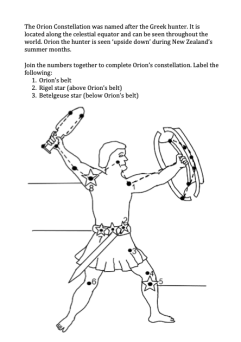 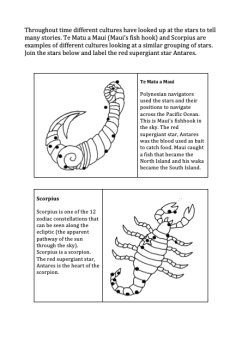 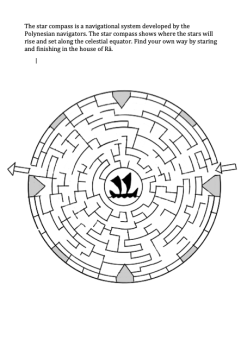 I had fond memories of these starry stories and was inspired to create visuals for some typical constellations seen in New Zealand. During the summer months Orion the Hunter and his two hunting dogs dance across the sky and during winter Scorpius makes an appearance. Scorpius is one of the 12 zodiac constellations commonly used in astrology. It is also seen as Maui’s fishhook and early Polynesians used this star cluster to navigate towards New Zealand. The story belongs to Maui who caught a big fish that became the North Island, his waka then creating the South Island. Throughout time the Polynesians developed their own honourable methods to navigate the great Pacific Ocean. Navigating by the stars was one approach. By using a star compass, stars could be traced across the horizon rising in the east and setting in the west. It aided navigators to find their way by memorising the position of stars against the horizon. 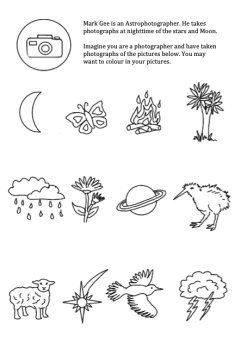 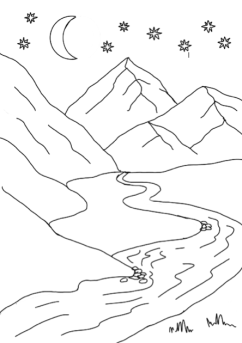 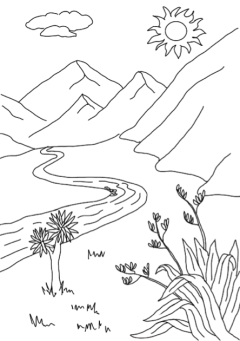 As part of an arts fundraising exhibition at the New Zealand Academy of Fine Art, I was inspired to paint two star constellations in mixed media. I had grown fond of the animal zoo in our nighttime sky, in particularly the birds. I first painted a dove flying through a starry sky over the nighttime landscape. My second painting was more esoteric in style; an eagle was highlighted with a distinct background star – a superstar. My artwork was in many ways a gift for the knowledge I had acquired at Space Place; to showcase those unique characters up in the heavens, forever shimmering in their glory. 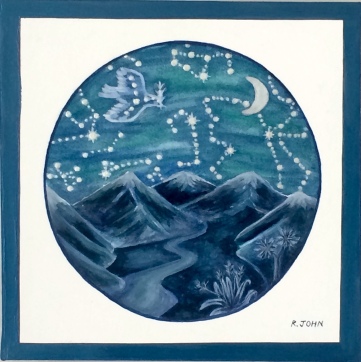 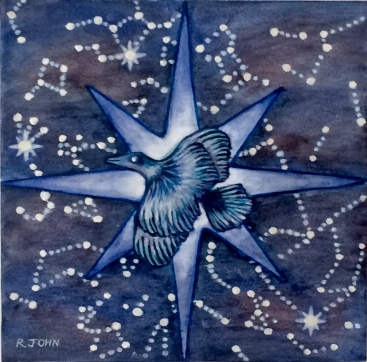